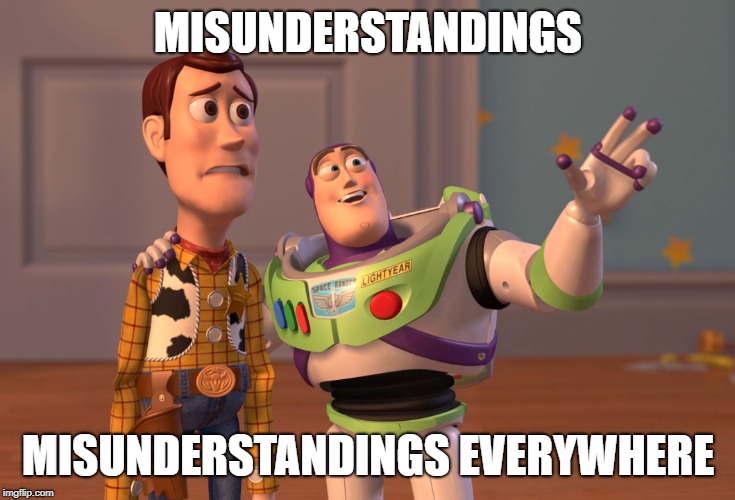 Peter Atterton is a professor of philosophy at San Diego State University. On March 25th, 2019, he wrote an article that attacks the coherence of God as described in the Bible (or so he thinks). The things of God cannot be understood by the natural man, yet they do sometimes try. I have found that every time a philosopher, professional or not, tries to critique the God of the Bible, they show that they do not know much about the God of the Bible at all. This can be due to a lack of intellectual aptitude, but I believe that many times, this is a spiritual issue that comes from not having their minds renewed to the things of God. Indeed, no matter how learned a man is by worldly standards, he cannot grasp the things of God. An education on secular philosophy from a secular institution is inadequate to comprehend the things of God, and Atterton’s article stands as a testimony to this notion.

If you look up “God” in a dictionary, the first entry you will find will be something along the lines of “a being believed to be the infinitely perfect, wise and powerful creator and ruler of the universe.” Certainly, if applied to non-Western contexts, the definition would be puzzling, but in a Western context this is how philosophers have traditionally understood “God.” In fact, this conception of God is sometimes known as the “God of the Philosophers.”

Do we have to be bound by what western philosophers think? What does ‘perfection’ mean in this context? The concept of God given in this definition is not sufficient unless the terms that are attributed to God in his definition are defined. This is not necessarily Atterton’s fault because many theistic philosophers fail to define these terms as well.

So, we will begin by defining ‘God.’ ‘God’ is the deity described in the Bible in the 66 books of what is typically called the Protestant Canon. There are many attributes that describe God as a result of this definition, but the relevant ones are as follows: God’s will always prevails (Proverbs 19:21), God’s ways are complete and wise (Deuteronomy 32:4), and he is powerful (Psalm 147:4-5). For more information on God’s omnipotence, you may read this article.

I have answered the omnipotence paradox here. In my article, ‘omnipotence’ is defined as the ability to carry out one’s will perfectly. Thus, this paradox is inapplicable to the God of the Bible because omnipotence is tied to God’s will (which cannot be frustrated (Job 42:2)). Thus, what is considered logical has nothing to do with the Biblical definition of omnipotence. Since God’s will always comes to pass, God is omnipotent. Our answer to the paradox would not be predicated upon his ability to lift the rock (and of course, he can lift any stone, period), rather, it would be predicated on whether or not God wills to lift the rock.

…there are other problems to contend with. For example, can God create a world in which evil does not exist? This does appear to be logically possible. Presumably God could have created such a world without contradiction. It evidently would be a world very different from the one we currently inhabit, but a possible world all the same. Indeed, if God is morally perfect, it is difficult to see why he wouldn’t have created such a world. So why didn’t He?

This problem has been answered in this article. First, I reject the notion that evil and suffering is incompatible with the Bible. The presence of evil and suffering is a very important part of the Bible’s message. Why then, is there evil? It is because God has good intentions for evil in this world. In the Bible, the will is predicated upon intent, not causality, and this is how God’s Will is distinguished from man’s will (Genesis 50:20, Proverbs 19:21, Proverbs 16:9). Though a creation’s intentions are not always good, God is powerful enough to where God can use evil deeds to accomplish great things, for, as previously discussed, his will cannot be frustrated. Thus, God remains all good and there is no contradiction between God’s goodness and the presence of evil. Furthermore, in order to demonstrate that God does not have good intentions for evil, Atterton would have to be omniscient, for how else could consideration of every possible reason for evil be exhausted?

What about God’s infinite knowledge — His omniscience? ….Philosophically, this presents us with no less of a conundrum…There are some things that we know that, if they were also known to God, would automatically make Him a sinner, which of course is in contradiction with the concept of God. As the late American philosopher Michael Martin has already pointed out, if God knows all that is knowable, then God must know things that we do, like lust and envy. But one cannot know lust and envy unless one has experienced them. But to have had feelings of lust and envy is to have sinned, in which case God cannot be morally perfect.

Let’s define omniscience first. Omniscience is the possession of all truths. God, being eternal, has always been omniscient. This means that God knows the state of affairs of his creation in total. Because he knew these things prior to their happening within the context of temporality, God’s knowledge is a priori (possessed prior to experience). Since God already knows all things, he does not learn anything new. If he does not learn anything new, it follows that none of God’s knowledge is a posteriori (that is, from experience). Since God does not know anything by experience, God’s knowledge of such things as lust are not derived from experience, and therefore, God does not have to engage in those sins to know about lust and other sin. Atteron’s objection assumes a condition of God’s knowledge that is simply not Biblical, and the notion that any knowledge can come from experience (in an empirical sense) has not been demonstrated even since the beginning of the history of philosophy (That is, starting with Thales). If Atterton wishes to claim that knowledge can be derived via sensory experience, he will have to demonstrate his claim. Ironically, given Atteron’s logic, the only way to know if an omnipotent being knows things by experience is to for him to be omnipotent himself, for Atterton claims that things must be known by experience.